Magazine » Lingerie 101 » Nightwear » History Of Nightwear from Vintage to Contemporary

History Of Nightwear from Vintage to Contemporary

Nightwears have very different meaning in the modern age; they are not just mere sleeping garments anymore. 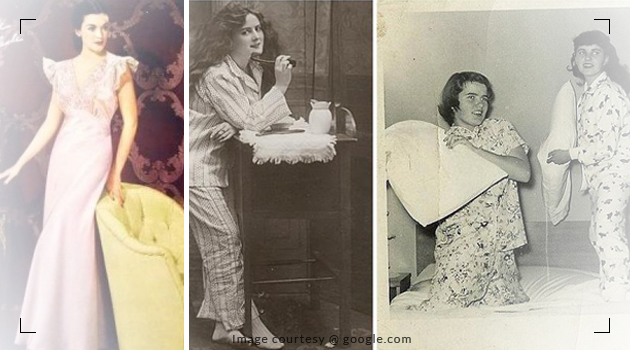 When did the nightwear come into being?

Nightwears made their mark in the Victorian era. Before that period, nightwear was non-existent and people generally slept in their daytime undergarments. Lavish looking gowns were first introduced in the 19th century and only the wealthy ones could afford them. To own a nightwear was considered a luxury back in those days. 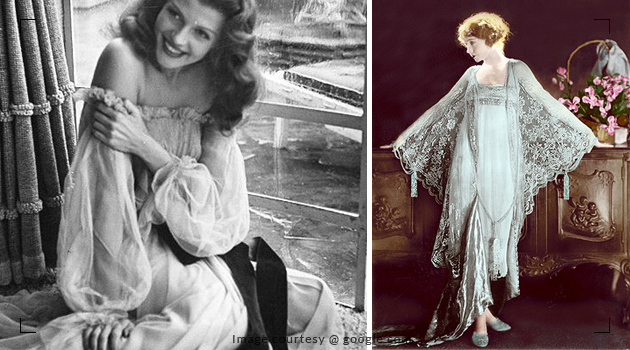 Use of Nightwear in Early Centuries

Besides being a sign of wealth, nightgowns also had functionalities, to keep women warm on winter nights and so they were designed till ankle-length with long sleeves. They were attractive, simple in design and they created serene atmospheres mystically. Victorian nightgowns inspired the creation of peignoir sets, wedding night lingerie. 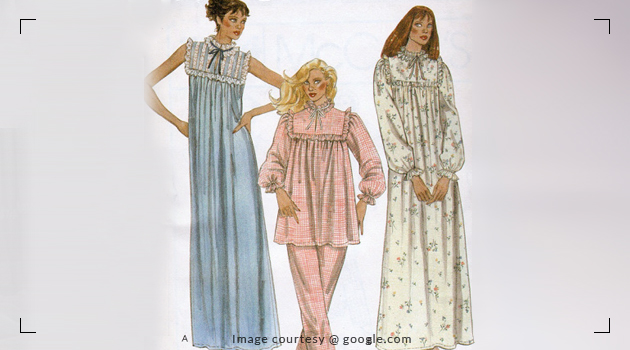 Evolution of Nightwear by 1920’s

By the Twenties, nightwears replicated designs from day dresses. Full lengths gowns were accompanied by the negligees, short and fashionable flapper dresses, exclusively designed for the bedroom. 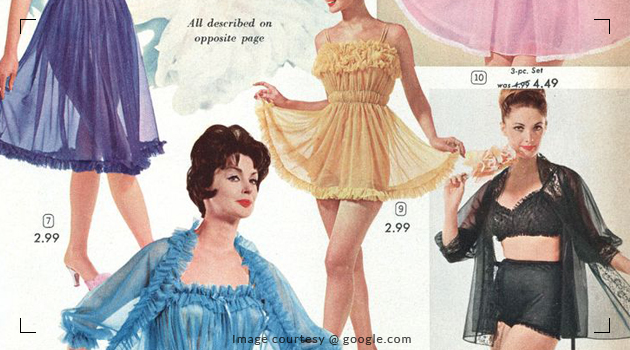 The Thirties is known as the glamour and glitz decade of Hollywood. It continued the trend with silk gowns, adorned with feathers and fur trims, with lace detailing and matching capes or quilted bed jackets. 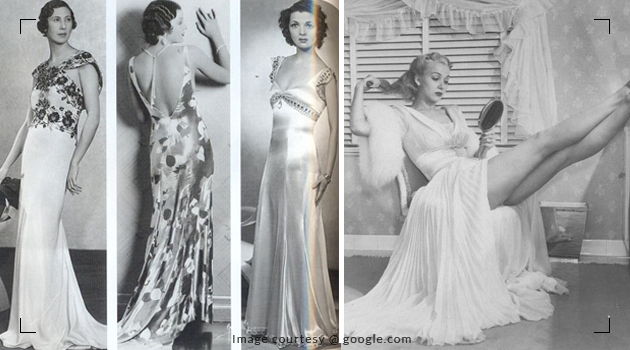 The introduction of the designer element in Nightwear

As the world war broke during this age, people had to deprive themselves of luxuries of life. This scenario didn’t see much of a fashion boom, except for fashion for necessity. Post the war, people had time, money and resources to get back with the fashion industry. This was the era when French fashion designer “Christian Dior” created exotic designs for women. Irrespective of rich or poor, the masses have accessibility and affordability to own these luxuries. He designed beautiful long satin gowns with lace trim, exquisite embroidery and tailored to rest lightly on the feminine curves. Christian Dior had a mission in his mind to make women look and feel glamorous, whether out on the town or in for the bedtime.

[Read- All About Nightwear] 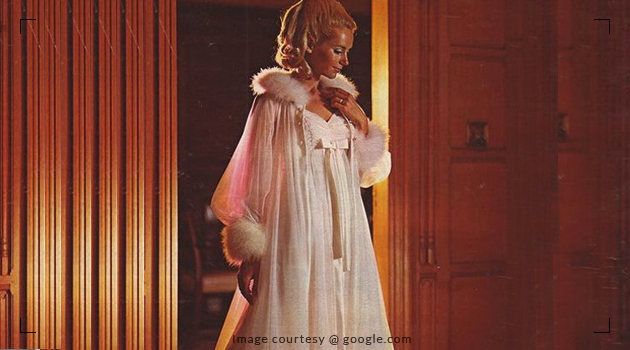 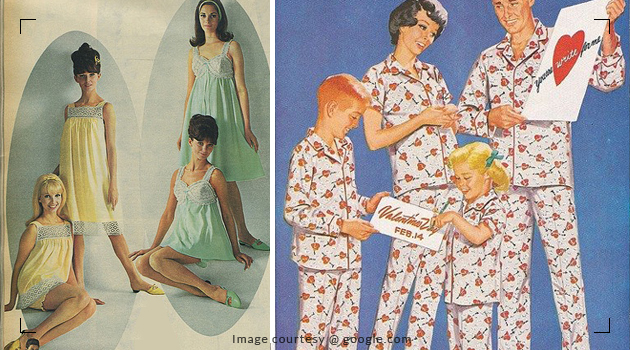 The 1960’s saw a lot of revolution in the field of fashion. The previous decade had seen classic and elegant designs. It was the sixties and beyond when the regular royal gowns turned into short and sexy babydolls. Laces, furs, feathers and satins along with matching undergarments were in. These described the best feminine forms. 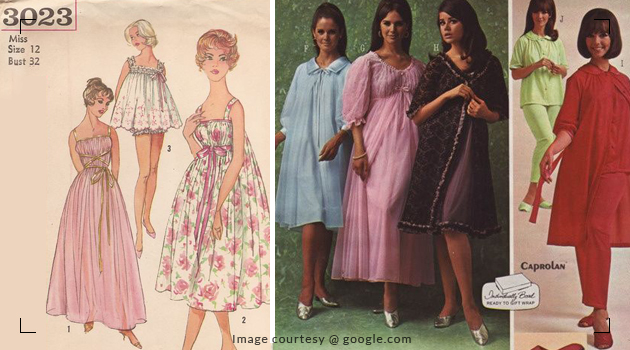