ABRACADABRA – Life Story of a Bra

If you have ever surfed the ‘bra’ wiki corners of internet then would show you that strapless, padded, push-up, silicon, lace are not the only versions of bras that exist. Bullet, corset, handkerchief too are versions of a bra! Amazed? Wait till you get to know the life story of a bra.

When did the first bra come into existence and how has it evolved till today?
1866
The first ever Bra was made of silk and wire and it appeared in the Great Britain. 1869
Herminie Cadolle from France cut the  corset  into two parts and made corselet-gorge (that supported the breasts) and soutien- gorge (a bra with straps) and gave corset a makeover.

1907
The word ‘Brassiere’ appeared 1st time in American Vogue in the history of bras. A year later it got included in the Oxford English Dictionary. 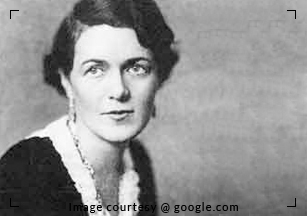 Since corsets had metal wired frames, women were asked to stop wearing corsets due to shortage of metal in World War 1. The brassiere then became the alternative undergarment choice of women.

Brassieres evolved into’ Bandeaus’. They flattened the bust and gave women an androgynous look.

Ida Rosenthal, her husband William along with Enid Bisset created Maidenform. The modern system of cup sizes began from here as an important turn of events in the bra history timeline. The brassiere made during this time enhanced the natural form of woman’s assets. 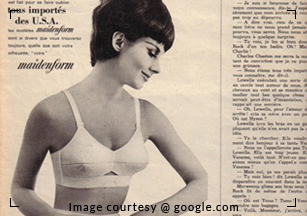 1930 is the year when brassiere was popularly know as bra.

To protect women during world war 2 conical structure bras were made. 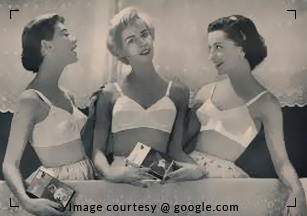 1st ever push up style was invented by Frederick Mellinger. 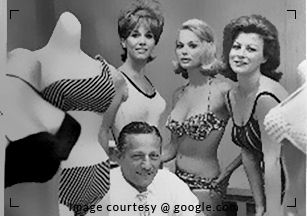 Actress Marilyn Monroe popularized the Sweater Girl look (wearing a bullet style). This led to a sudden boom in the trend. 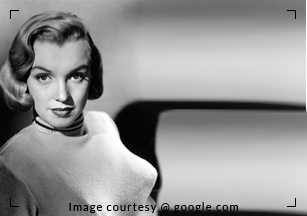 The famous ‘Freedom Trashcan Protest’ happened during Miss America Competition in Atlantic City Broadway. 400 women threw their bras, make-up, hair sprays in the trash can to protest against societal pressure. 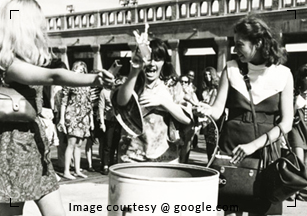 Vermont University students Lisa Lindahl, Linda Mille and Polly Smith invented the 1st Sports bra and called it the Jogbra. Made out of 2 jog straps sewn together, it was indeed the talk of the town. Many famous lingerie brands were swoon over by the girls. 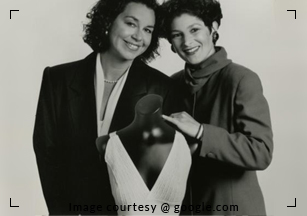 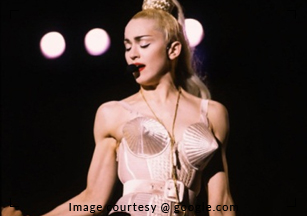 The Red Hot Fantasy Bra, valued at $15 million made from red satin and hand-cut Thai rubies and diamonds, got listed in the Guinness Book of Records as the most extravagant and expensive items of underwear ever created. 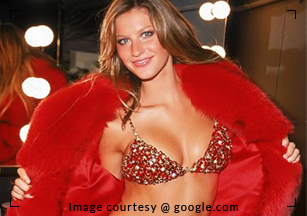 The launch of Royal Fantasy Bra in the recent years’ worth $10 million amazed the world! Encrusted with 4200 precious stones set in 18 karat gold and a pear cut ruby at the center. 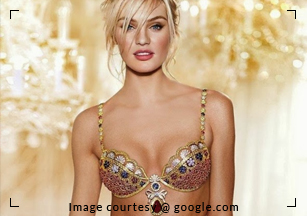